Were are all the Dolphins? I seem to find myself constantly staring out to sea as I know they are out there and people keep seeing them and swimming with them but they seem to be hiding from me! Maybe they are threatened by my awesome swim speed!

Anyway I had a lovely ride this morning the first half went super fast as I was riding with Jodie and it was just great catching up with her. I have so much respect as she along with a few others a true hard core and have not got to were they are without a huge commitment and perseverance  and a fair amount of natural talent. Along the way I managed to help a damson in destress as she had a flat and her spare tube valve was to short! Then 1km further on we met a (what’s the male term for Damson in distress?) well we met one who turned out to be Tim Don – he was sitting in the verge and from a distance looked like he had either crashed or was a homeless person selling stones to passers by. As it turned out he had a mechanical that we could not help with but he had already sent back for a rescue party. But as the true professional he is he went out again in the afternoon to get his session done.

As I bump into people out here that I have known for many years but not seen for many years it really is special to be able to catch up again. But it also reminds me of the people that made my first trip out here so special back in 1994. Here is a photo that was used as part of a Speedo advertising campaign, with Robin Brew and Julian Jenkinson. Both played a big part in the sport around the same time as I was pro and both made the trip to Hawaii a very memorable one. 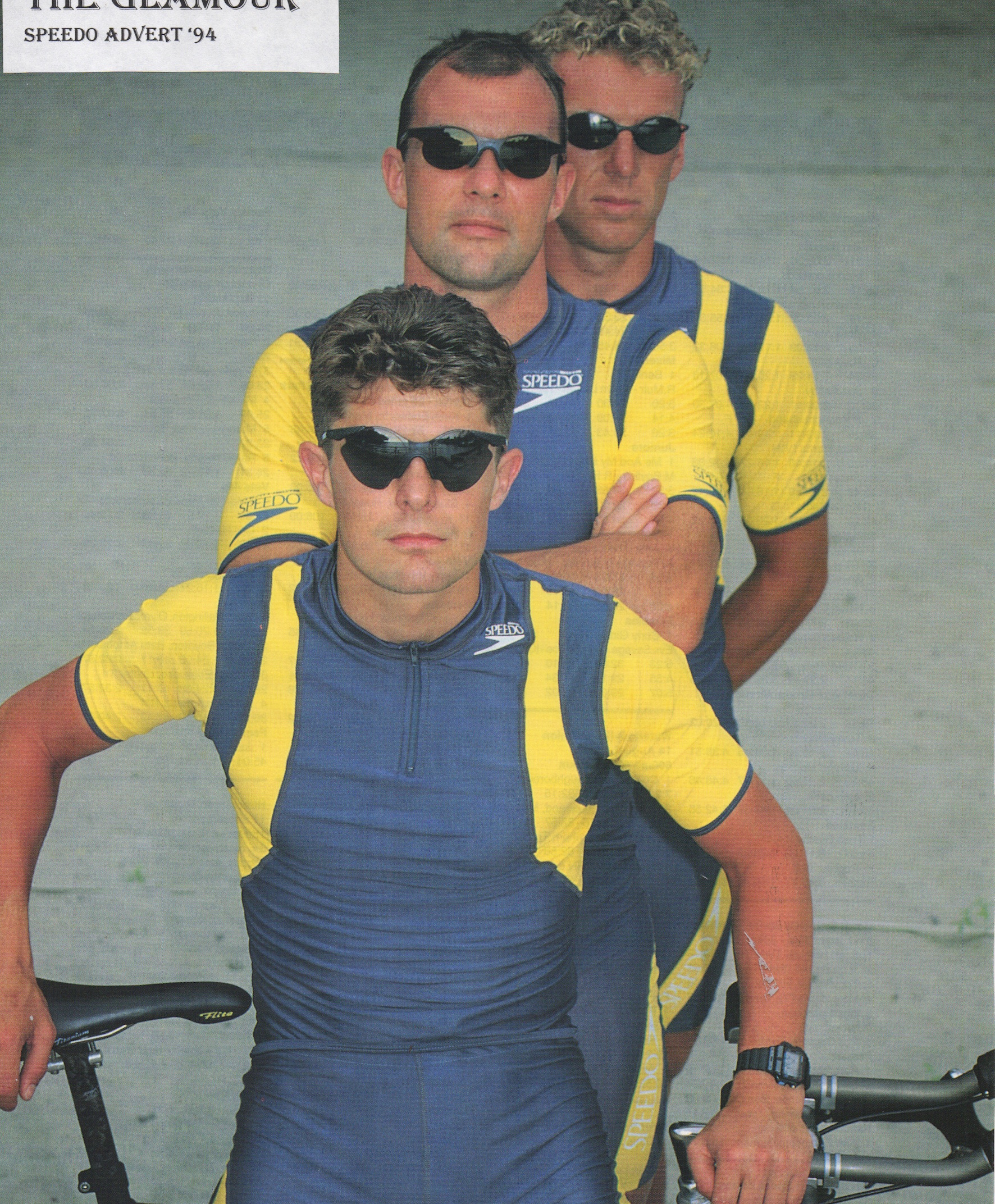 Oh I aslo bumped into Alison Rowatt and Frazer Cartmel – so now Team Freespeed is up to 4 with more arriving tomorrow.